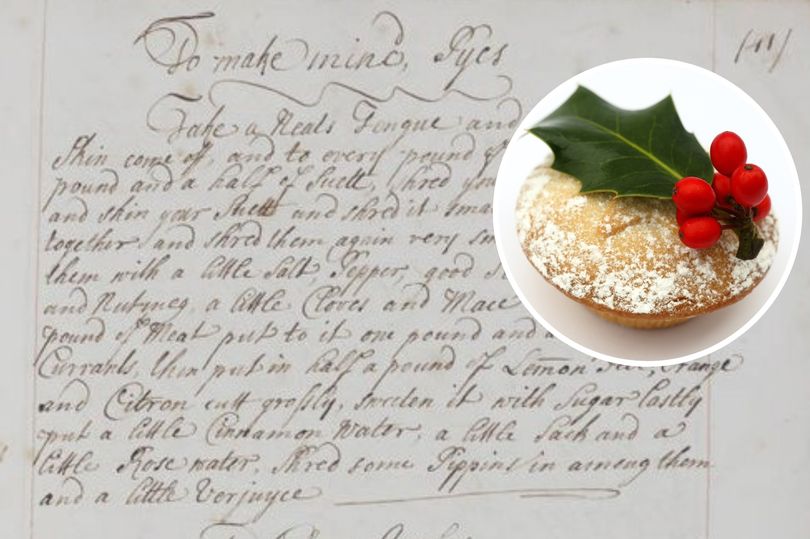 Article StartNewcastle University archivists have unearthed an unusual festive recipe you might like to try on your family this year – depending how much you love them.

It comes from the recipe collection of Jane Blenkinsopp Coulson, heiress to Northumberland ‘s manor of Blenkinsopp near Haltwhistle.

Almost 300 years ago, she married and moved to Jesmond, Newcastle , as the wife of William Coulson – whose descendants founded Newcastle Dog & Cat Shelter – and recorded her favourite family recipes.

Here is her mince pie recipe full of suet, apple, currants, cinammon and nutmeg – oh, and a cow’s tongue! Mince pies were a sweet and savoury dish all in one back in 1733.

Sack: A class of white wines formerly imported from Spain and the Canaries.

Verjuice: The acidic juice of pressed green or unripe grapes, crab-apples, or other sour fruit.