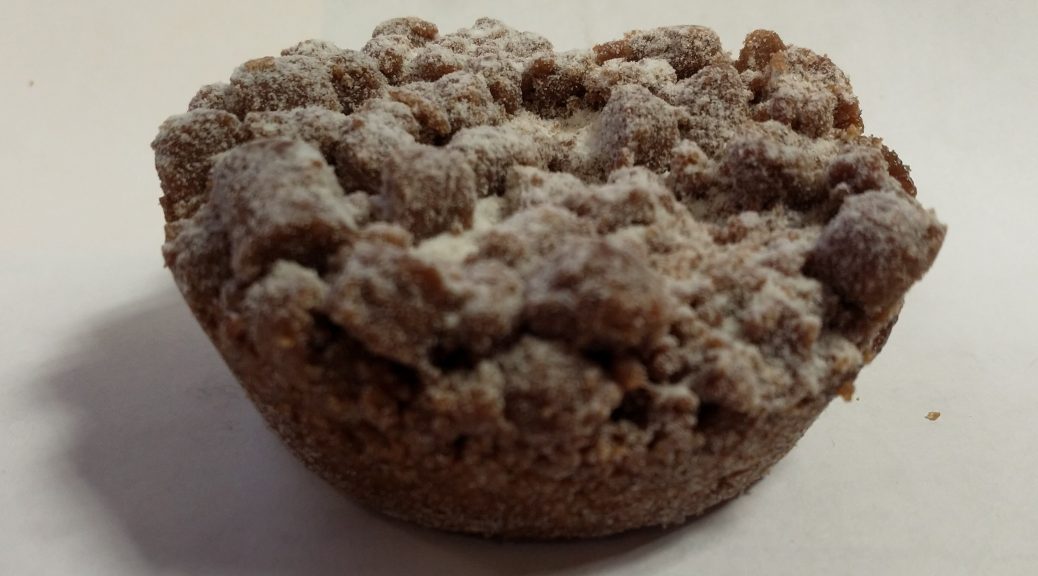 Today we have the Heston Chocolate & Sour Cherry Crumble Mince Pies, from Waitrose, in for a taste. We did have a little debate as to if you can actually call this a mince pie.... But it says Mince Pie on the box and is available from a Waitrose near you, so reader we will put this pie to the test.

As you can see from the photo, it does not look much like a mince pie with that nobly crumble top. It's well packaged and sealed in cellophane. Once you open the packing, there is a wonderful aroma of sweet cherries that hits you. Folks we are in for something special.

This pie itself is a little on the small side, with no pastry case. That chunky crumble topping has a generous covering of icing sugar, and even on it's own the pie gives of an wonderful smell of that Cherry Vodka and Chocolate.

First impressions we unexpected. The crumble topping it quite firm, almost tough, and forces a crunch through to the soft inside, the pastry base is be contrast quite soft. The chocolate flavoring hits you first, followed by cherries, then finally the mince meat filling. The filling consists mostly of cherries too.

Over all a rather unusual pie, we don't think that we've ever seen or tried anything quite like it. Strictly speaking it's a little of a stretch to call it a Mince Pie, so does not score particularly well, but we'd definitely eat another one.

What people say... Leave your rating
Order by:

Be the first to leave a review.

Best Before: 12 Dec 2019
Suitable for Vegetarians