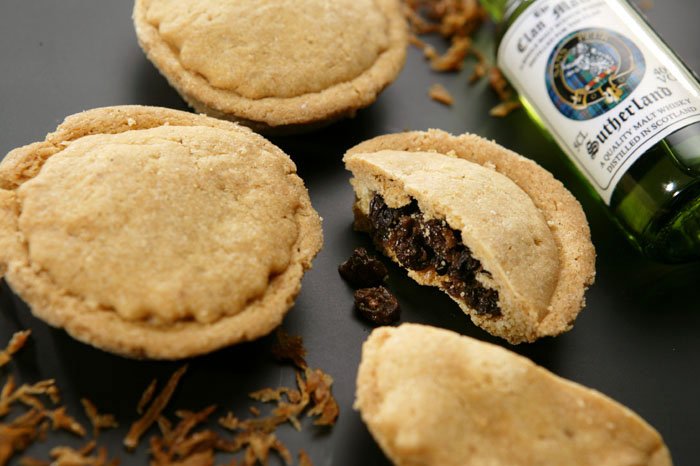 We are pleased to announce the Mince Pie Awards for 2007 will happen on Thursday 20th December.

The year there will be Awards for the following categories:

Best Mince Pie – The Pie that did best in our testing

Best Value Mince Pie – The Pie that represents the best value for money.

Worst Pie – The pie to avoid this year!

Mince Pie Club Pie of the Year – Voted for by the Mince Pie Club tasters. Our recommended Mine Pie this year. The Ultimate award!

We found this article in The Independent New Paper with their 10 best Mince Pies.

Interesting reading, and there are a number of pies here that we have not yet tried!

END_OF_DOCUMENT_TOKEN_TO_BE_REPLACED 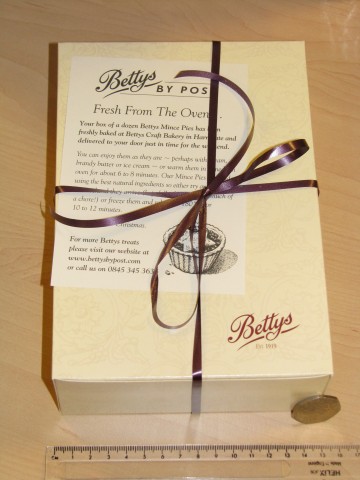 Like all good review web sites we wanted to give you the complete picture of what it’s like to try the Bettys By Post Mince Pie. So we thought you would like an ‘Unboxing’ article just to show what happens when you order from Bettys. It is important to know that the Pies you ordered turn up in a state ready to eat.

END_OF_DOCUMENT_TOKEN_TO_BE_REPLACED 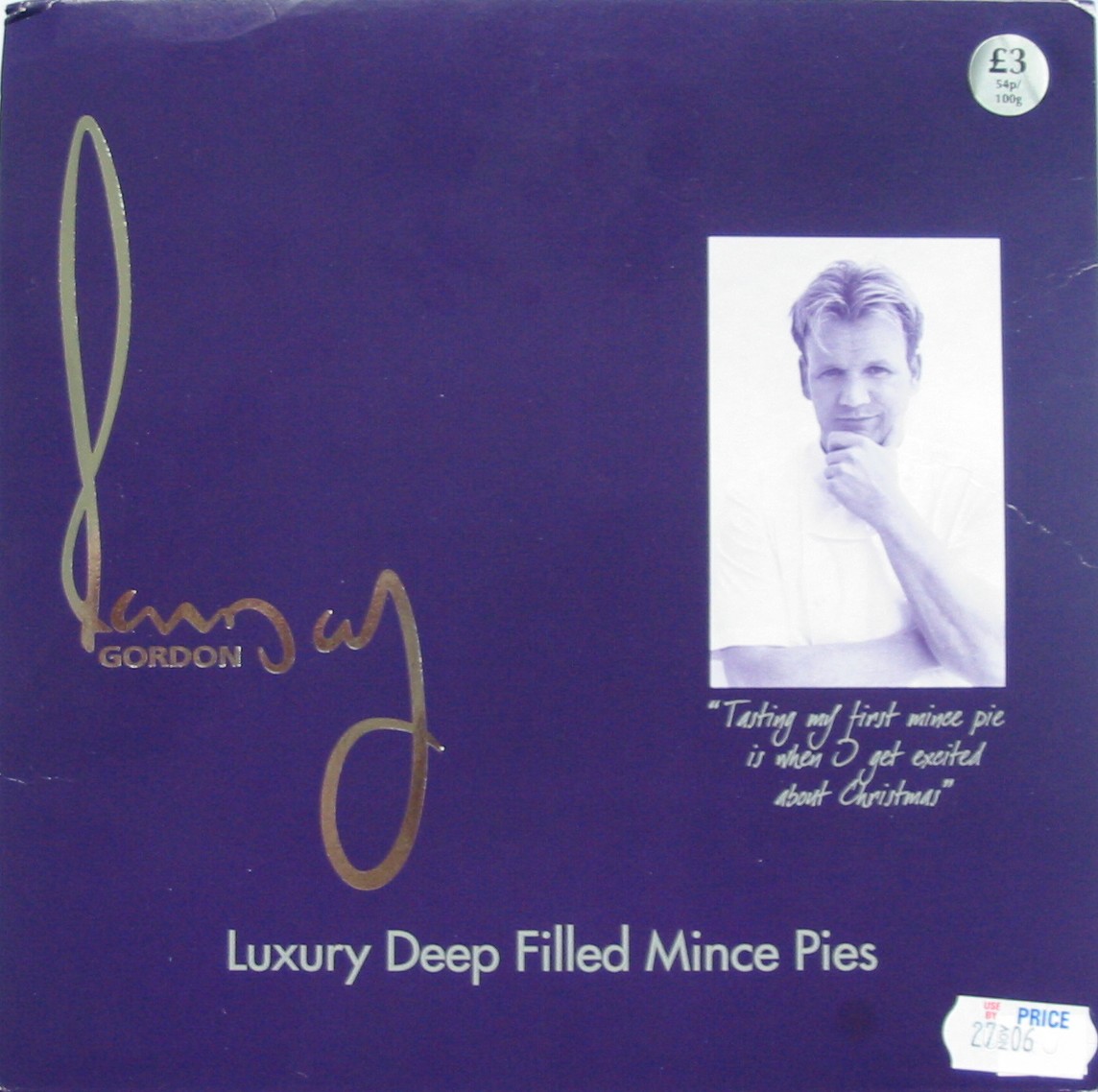 We hate to disappoint you, but despite our accolades and encouragement to bring them back again, the Gordon Ramsey Luxury Deep Filled Mince Pies won’t be returning to our tables this Christmas. Our helpful source at Gordon Ramsey Holdings Ltd stated that:

“Unfortunately we won’t be stocking these this year as the BHS range is no longer available”.

They did offer apologies for all you F-Pie fans out there and when queried further whether we might see them next year, they were “unable to tell at this point” but promised to keep us updated.

So not all hope lost then?

Today, I am happy to report that we managed to purchase and consume the first Mince Pies of the season!

Yes it’s only 18th September 2007, but Sainsbury’s Ellesmere Port is selling Mince Pies and there are only 97 shopping days till Christmas.

We throughly enjoyed the pies, after all it’s been a few months since the last one.

The Mince Pie Club have been contacted about the possibility of doing a Radio Interview on New Zealand Breakfast Radio!

We recently received an enquiry from Ben,a producer, at http://www.radiolive.co.nz/ regarding the possibility of an interview about Pies.

Apparently there’s a National New Zealand Pie competition and Ben needed someone to talk about the history of the pie.

Now we are always keen to talk about Mince Pies, and so we had to point out that our area of “expertise” was limited to the UK Mince Pie.

Ben was still keen to talk about Mince Pies has he though that it might be “fascinating and funny”.

However with the time difference it was not possible to make all the arrangement in time for the morning (NZ) show ;-(

One of America’s eating champions was among those hoping to munch their way to victory.

One of America’s eating champions was among those hoping to munch their way to victory.

Click here to view the report from the BBC Web site.

The Wookey Hole Big Eat Mince Pie Eating Contest, was held at 12 noon on 29th November 2006.
This is the first official competitive eating contest to be held in the UK under the jurisdiction and strict regulations of the United States of America’s governing body of professional Stuffing Your Face, IFOCE (The International Federation of Competitive Eating).

You can read more about the competition here

We have found the first Mince Pie of the 2006 Season!
In a Sainsbury’s store in Chester, the fist Mince Pie of the season was purchased, and consumed!
Sainsbury’s 6 Deep Mince Pies.
What a relief! It’s been nearly 6 months since Mince Pies were on the shelves.
What is interesting about these pies, is the packaging is quite plain and not festive in any way. A sort of a “all year round” package.
We were unable to to a complete review on these Mince Pies, as they were consumed rather too quickly to be brought before the tasting team. But let’s just say they tasted good 😉
We have received a report from one of the tasting team that Mince Pies are on sale in their local Sainsbury’s store.
While we welcome the re-introduction of Mince Pies, we have to wonder if it’s just a bit early to start preparing for Christmas!
We will investigate further and report back our findings.
Mince Pie Club
Mince Pies are back in the shops!
This morning, one of the tasting team reported that Mince Pies are back on sale.
While browsing round a Tesco store, in the festive section, they came across some Mr Kipling “Easter” Mince Pies.
These pies seem to have special ‘Hot Cross Bun Spices’.

As soon as we can get some of these pies to sample, we will let you know…..
Follow @mincepieclub