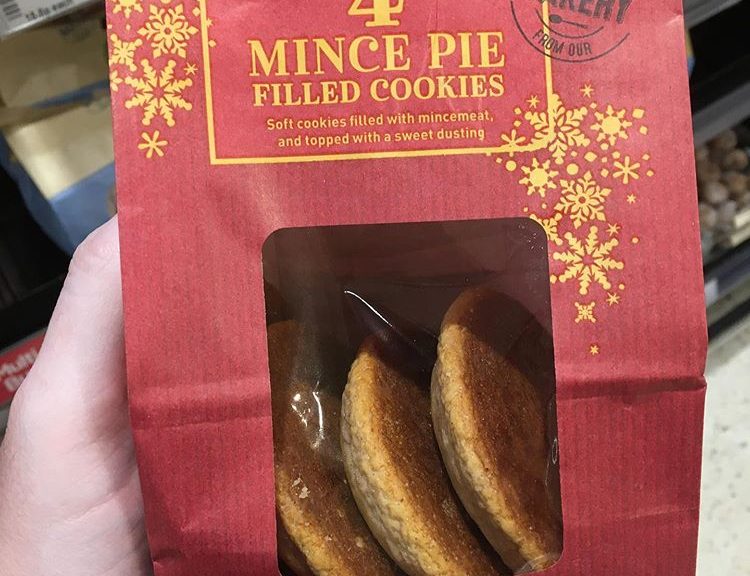 It might be the most wonderful time of the year, but Christmas can also cause plenty of controversy. Alongside the indisputably awesome essentials of presents, alcohol and turkey, the celebration is stuffed full of seasonal “treats” that many people would sooner spit in Santa’s face than eat. Perhaps the most contentious of these is the mince pie.

Even though sensible people agree that mince pies are obviously delicious, there are plenty who find a filling of spiced, mashed fruit about as appetising as wrapping paper. Despite being a mainstay of the Christmas menu, you’d be hard-pressed to argue that mince pies are a unifying presence. It is therefore in the knowledge that they’re probably going to delight and horrify their customers in equal measure that one British supermarket has taken the bold step of combining the snack with something that literally everybody loves.

Now available at ASDA, eager Christmas shoppers can get their hands on what promises to be one of 2019’s most hotly disputed dishes in the form of mince pie-stuffed cookies. Described as “soft cookies stuffed with mincemeat and topped with a sweet dusting,” the product is only available in stores – not that that will stop the legions of mince pie lovers presumably smacking their lips at the prospect.

The new product was brought to the internet’s attention by Instagrammer @newfoodsuk, who posted a picture of the goods on Sunday. They almost immediately began attracting attention, with one commenter stating, “Can confirm that you will eat them all in one go! Absolutely delicious!!”, while another simply added, “oh my word those cookies”.

Even if the cookies aren’t to everyone’s taste, there are plenty of other exciting treats on offer at ASDA. @newfoodsuk’s original post also featured photos of a Bailey’s-stuffed chocolate reindeer, a chocolate ring loaf cake and a Frozen advent calendar. Mincemeat might not be your thing, but there are clearly lots of other ways to get into the Christmas spirit.